We intend (nay, recommend!) this gallery for the study of Tudor Times.  However, if you are considering booking a Specialists visit, it is suggested for use after our school visits have taken place to reinforce the learning from the day.  (Over-familiarity with the resources prior to the visit may reduce their impact.)  The photographs here are copyrighted but can be used and reproduced in school for educational purposes without need to contact The Specialists. 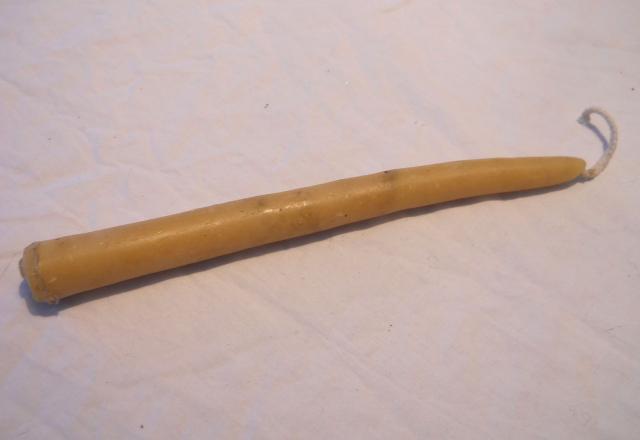 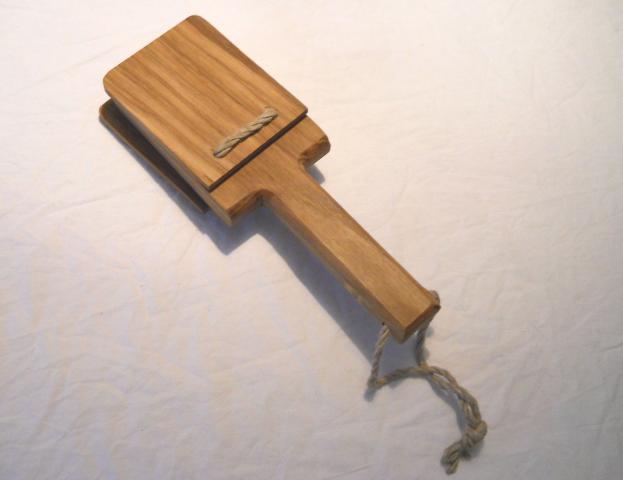 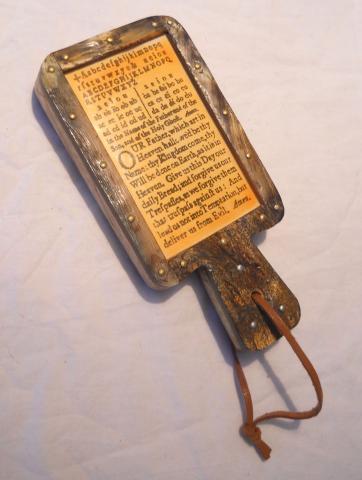 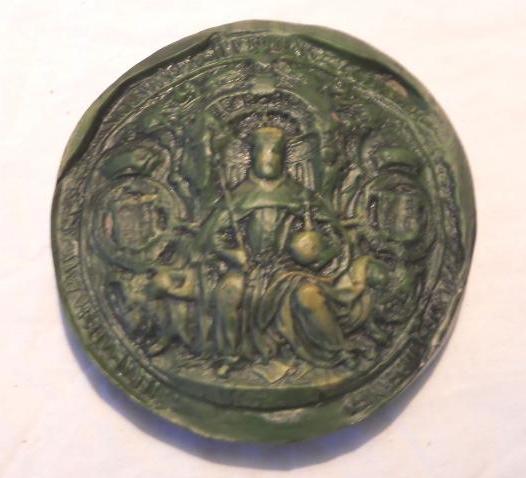 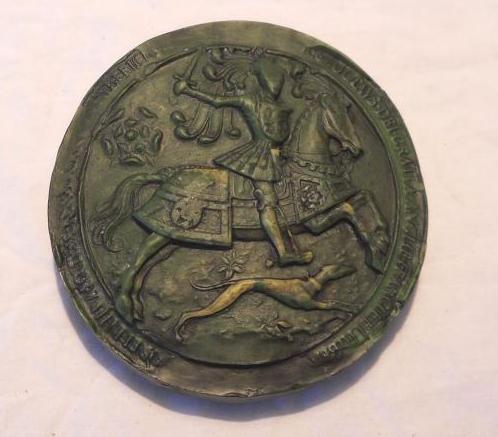 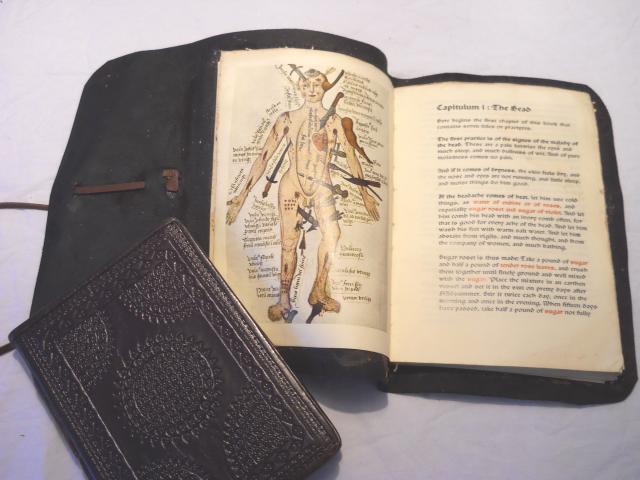 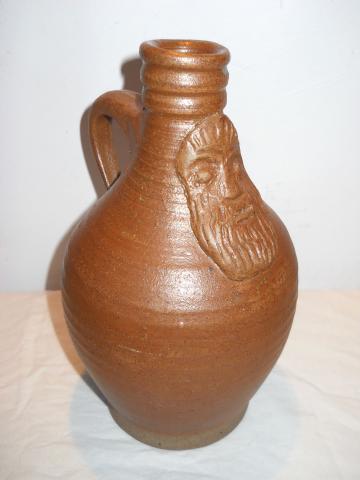 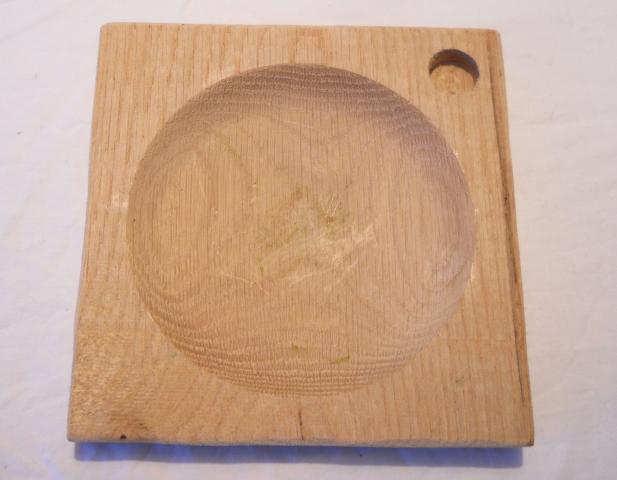 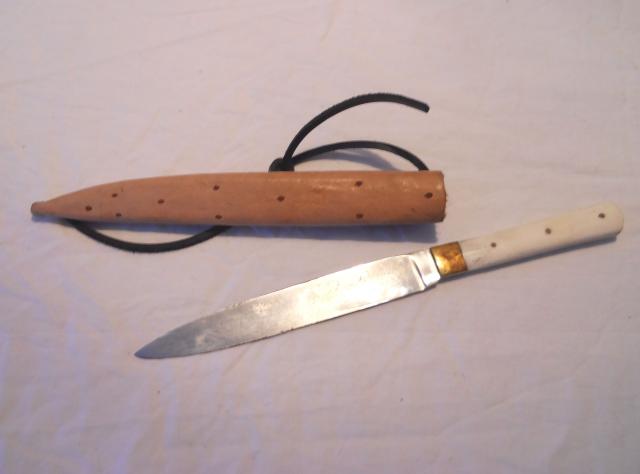 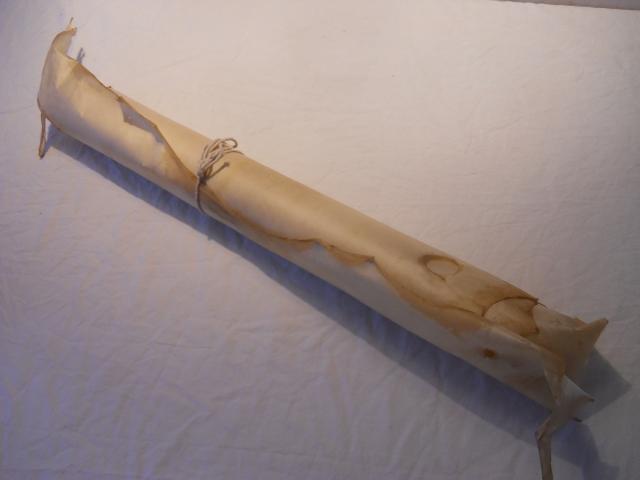 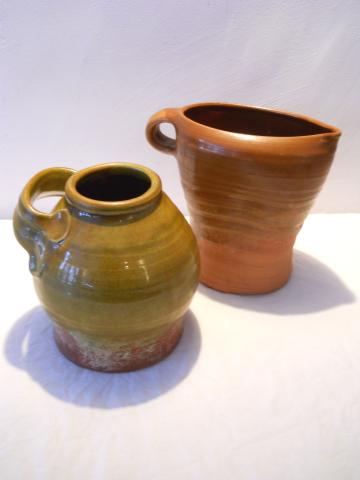 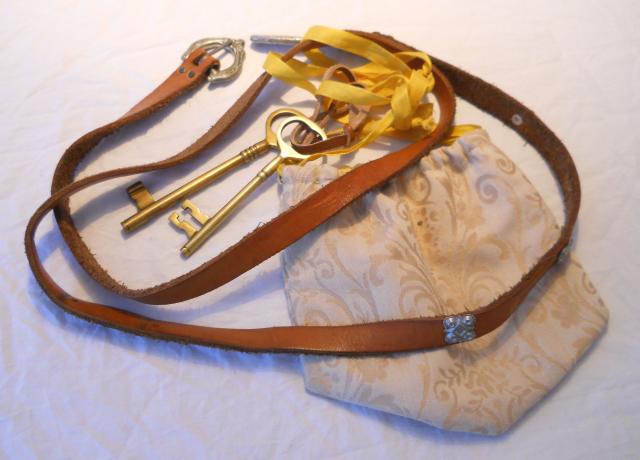 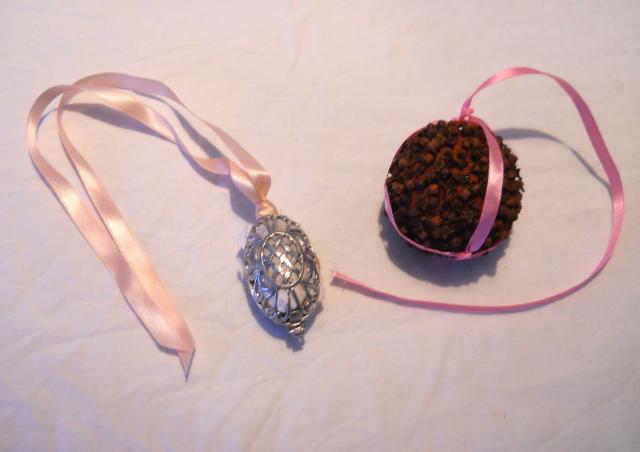 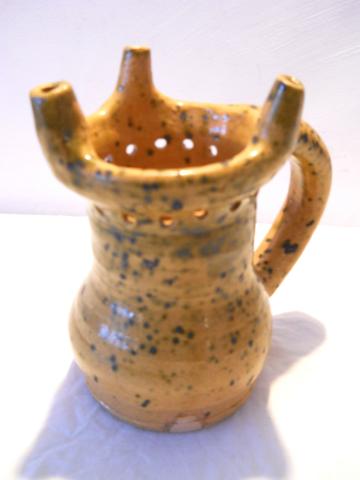 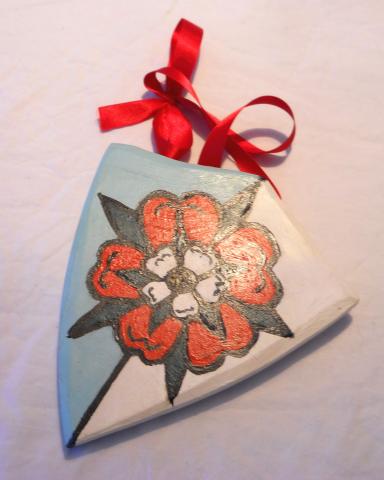 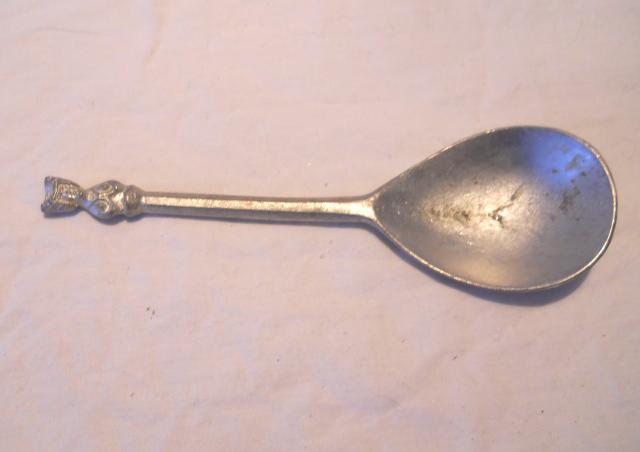 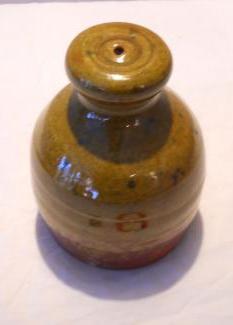 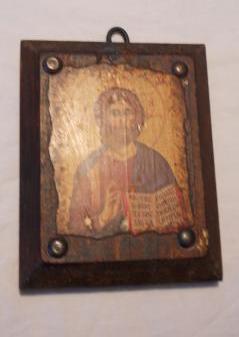 A wooden paddle with a sheet of parchment attached featuring the Lord's Prayer and the alphabet with a layer of cow horn to protect it.  Used in schools to educate boys in their letters.

Made from clay and used by professional scribes in the writing of documents.

Often made from pewter and used by rich ladies: both to mask the stench that a routine of annual bathing encourages and to hold

near the nose in order to avoid inhaling any fumes believed to cause ill humours.  The poor would make herb bags from scraps of linen.

A small and therefore fairly portable focus for prayer used sometimes by soldiers and particularly associated with Catholics.

A convenient alternative to going to the jakes!  Men used pizzle pots and women, gusset pots, gripped between the legs.  Underwear did not get in the way for women as it was limited to farthingales and (by Elizabethan times) bum rolls for the rich.

Symbolising the end of the War of the Roses, the Tudor Rose is usually predominantly red (for the House of Lancaster - the eventual "winners").  Henry Tudor united the white and red rose as well as the warring noble families by marrying Elizabeth of York, Richard III's niece.

A wooden object similar to long handled castanets but not intended for music so much as agriculture.  Young boys could be sent out to the fields with them to keep birds off the crops - useful work, acknowledging a child's need to play.

A clay pot often remarked on for looking similar to a larger modern salt cellar.  It has holes in the bottom though, more closely resembling a watering can's rose.  Used to water plants.

Pockets were on the outside of clothes rather than sewn into them.  Housekeepers would wear the large  bronze keys to the house for mainly practical reasons but also as a status symbol.

Knives were worn on the belt by men and women; even some children.  Used for preparing and eating food as well as more general use.

A livery badge associated with Edward IV which is used in the Tudor Rose badge-making session.  After his success in the battle of Mortimer's Cross, on 2nd February 1461, Edward, then Duke of York, took the white rose-en-soleil as his personal badge.  According to legend, on the morning of the battle, Edward had witnessed a conjunction of three suns in the sky. 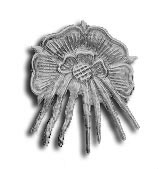 A spoon featuring the bust of a lady wearing a typical head-dress.  The finials of Tudor spoons often featured fine decoration.  One particular style in the shape of a fool or jester is often mistaken for a devil because of the Tudor superstition that spoons should be turned "to keep the devil out."

Water from wells could not be trusted, so water carriers brought water into cities from springs where it bubbled forth clean and fresh.  Most people drank beer though - "small beer" for children.  Puzzle jugs such as this were an amusing way to make drinking fun - you could only drink if the puzzle was solved and invariably, in trying, folk got wet!  The neck of the jug is pierced with holes. How would you drink from it without getting wet?

Calf, goat or sheepskin, flayed from the animal, soaked in water and then in a lime bath of rotting matter often including urine and faeces; de-haired and stretched on a wooden frame by tenterhooks.  This was the origin of the phrase - to be "on tenterhooks," meaning to nervously await news.  The finest grades were called vellum and were more commonly made from calfskin.

A clay jug, popular before and after Henry's time but not during his reign - as he notes in the Feasting session, perhaps because it looks a bit like him.

A cheap plate for ordinary folk.  In early Tudor times, stale coarse brown bread would be used and "trencher" is believed to be a corruption of the French for a slice of bread - "tranche."

Candles for ordinary folk were made of tallow - a congealed sheep or pig fat collected during cooking as a liquid and formed into candles whilst cooling.  These were very smelly and smoky.  Rich people preferred beeswax, smelling of honey as it burnt.

Printing presses were a new invention in Henry's England.  Earlier books, such as our stunning reproduction of the Gilbertus Angelicus, pictured above, were hand made in every way.  More recognisably modern, printed books fuelled the Tudor Renaissance in education which came to fruition in the reign of Henry's daughter Elizabeth I.

This is actually a modern resin impression, taken from a mould which was made from an original waxen impression made in the reign of King Henry. The Great Seal itself is a silver mould made in two halves and designed anew for each monarch. Softened green or red wax was placed in each half and the halves were pressed together with string or “laces” a bit like ribbon between them. Excess wax was removed and the wax impression was affixed to important documents by the ribbon. Great Seals were (and are) always round and up to six inches in diameter but ancient ones have not survived the passage of time. In years gone by, the seal of a dead monarch was broken down and its silver was kept by key staff as a perk of the job or distributed to the poor. Our evidence of the design of each monarch's seal comes therefore from contemporaneous waxen impressions which have survived.  I can't describe in words the feeling that this single resource gives me and recommend teachers and pupils to get hold of it on the day of a Tudor Visit.  In holding this object, despite its modern provenance, you really feel in touch with King Henry! 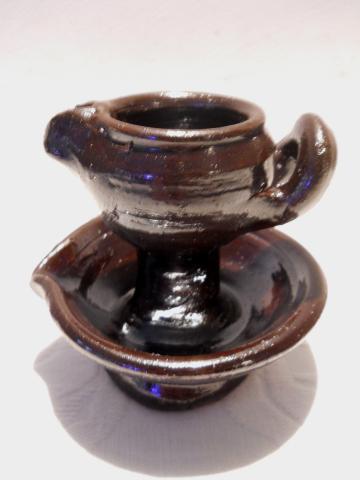